West Region’s recording cars are designed to work in every sort of condition. The recording gear is powered by batteries carried in the car and does not need to stand on a level surface. The records have a duration of about four minutes, and forty or fifty can be cut in a single session. Based on Bristol and Plymouth, the cars move swiftly to their assignments as the news breaks. One goes perhaps to Stonehenge, timed to arrive at 3 a.m. for recording at dawn; and from there on to Portsmouth to interview a V.I.P. and record the ceremony in which he is taking part; stopping again on the way back to record children at a Dorset school for inclusion in Children’s Hour. A second car meanwhile has gone from Plymouth to St. Austell for a china-clay item, and then on to Exmoor for a farming story. In all weathers, at all times, the recording cars follow their ceaseless hunt for news, for vivid sound-pictures, for interesting snapshots of west-country life: arriving on time to run out the cable, set up the mike, prepare the recording gear, and wait for the routine cue from producer or commentator — ‘I’m going ahead, Jimmy, in ten seconds from now’. 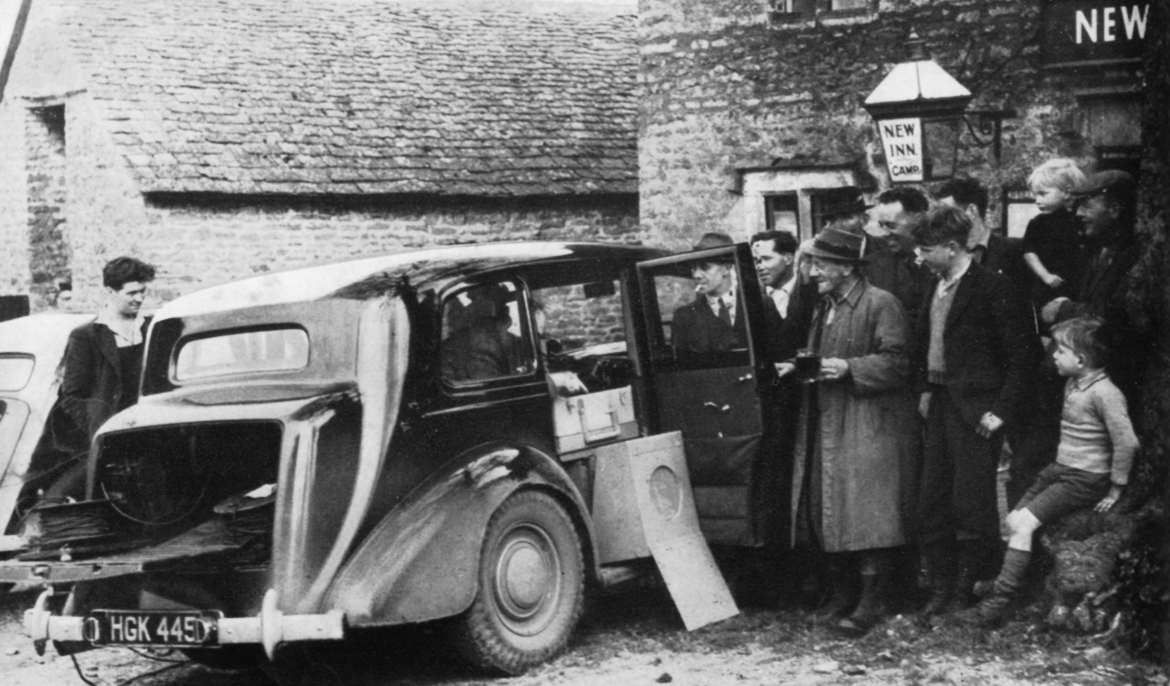 ‘HOW DID WE SOUND?’ – At Camp in Gloucester an engineer plays back recordings made there for ‘Village on the Air’. Speakers listen anxiously to the sound of their voices, and neighbours comment on their success.

When it’s over, the producer, being a programme-man, will ask anxiously, ‘How did it sound?’ And the engineer, being a technician, will reply, ‘A bit boomy, old man — I still don’t like the balance. I think you’d better cut another one. Try your mike nearer the wall’. All’s well eventually, though; the local speakers are thanked for their help, the cable’s reeled up, the car moves off — and once again it’s just so many more miles to the next ‘ten seconds from now’. No credits over the air for the engineer, for it’s his tradition to be anonymous. No mention therefore of Don and Jimmy and Ferdy and Bill and the rest. But how much poorer the programme would be without their skill and patience.