Tag: The West at Westminster

To do all this without adding the sauce of opinion would be to rob the region of much of its distinctive flavour. The west-country, like any other part of Britain, makes views as well as news — views characteristic of its history, its culture, its temperament. And so the West Region sponsors a group of programmes which reflect and stimulate regional ideas and opinions. In Speak your Mind, in Any Questions, in Air Space, it offers an open platform for intellectual controversy with no holds barred—apart from a respect for the ordinary decencies of debate. 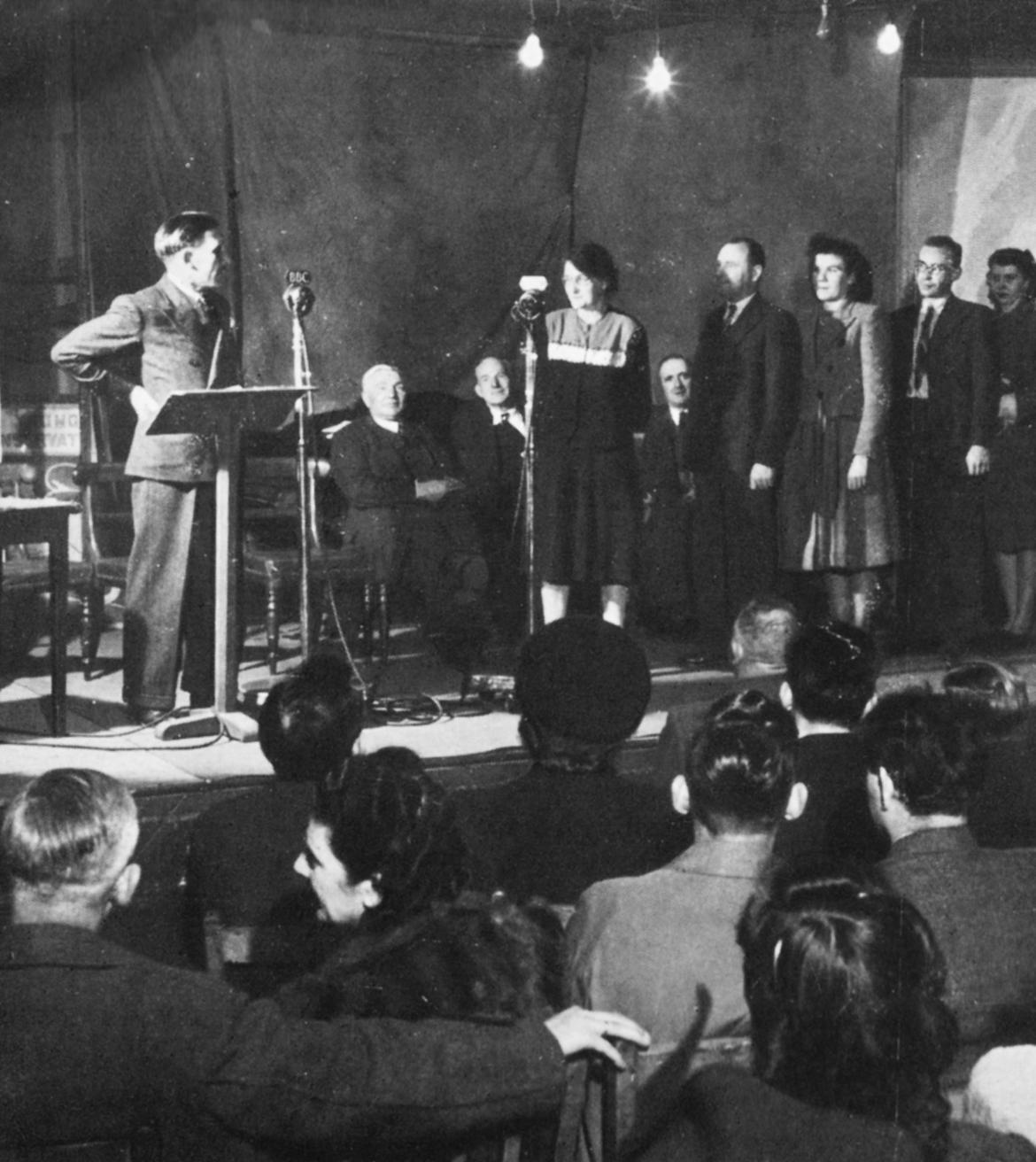 ‘WHEN IT’S MY TURN, I’LL TELL THEM SOMETHING’ – People at Westbury take turns to speak their minds. Opinions are forthright and spontaneous, and Gordon McMurtrie keeps the ball rolling. 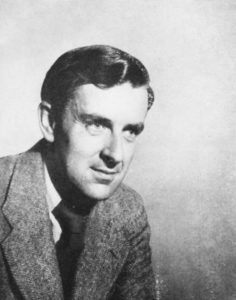 ROBERT WALLER, producer of ‘Window on the West’.

In these programmes the microphone goes to the public. It is wide open to catch whatever subjects engage the attention of the West. In our cities and larger towns Freddy Grisewood introduces teams of eminent speakers to answer spontaneously any question put by a member of the audience, by Lord Mayor, or car-park attendant, or district nurse, by anyone who will come to the microphone and put a query. The result is heard in Any Questions. In Speak your Mind, which goes to the smaller towns, it is the audience which answers the questions. Gordon McMurtrie puts queries sent in by listeners, and volunteers from the audience give their answers. ‘Are country people better fed than townspeople?’ ‘How much pocket-money should children have?’ The citizens of Blandford or Caine or Crediton get up from their chairs and converge on McMurtrie and his microphone: and there are fireworks and humour and lively debate until the question is thrashed out. 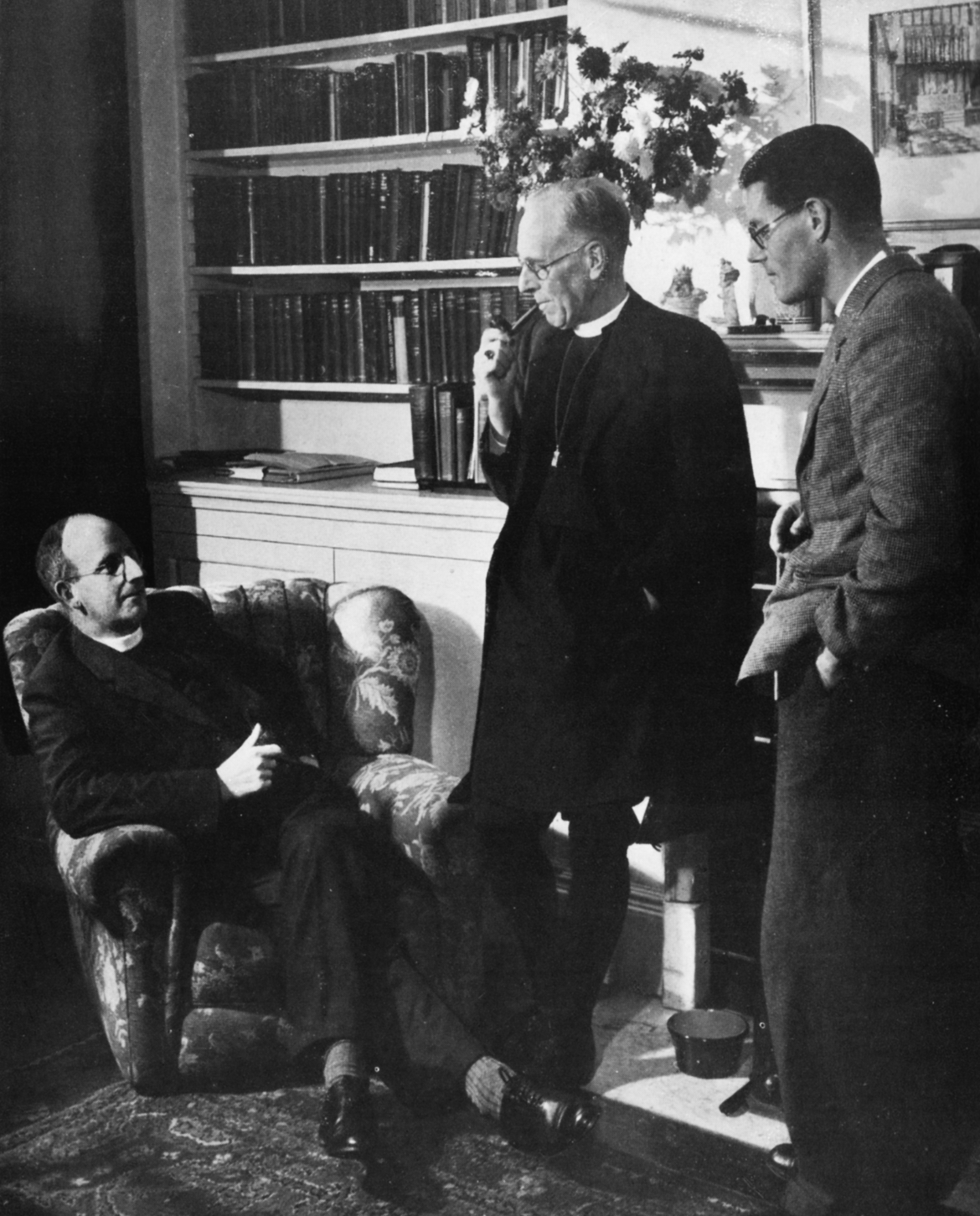 ‘THINKING ALOUD’ – In the Bishop’s study the Reverend Frederic Greeves of Didsbury Methodist College and the Reverend Martin Willson, who organizes West Region’s religious programmes, plan a new series of broadcasts with the Bishop of Bristol.

And for those who aren’t present, for the mass of listeners who probably want to contradict one speaker or the other, there is Air Space which carries on the argument — and starts new ones — by correspondence. This is the West Country’s radio equivalent of a letter to the press, broadcasting comments on programmes, on opinions expressed over the air, on any sort of subject which has regional interest. And to give shape and pretext to this open forum of opinion, there are two further programmes dealing with public affairs. The West at Westminster summarizes the attention of Parliament to matters in which the region has a stake and reports the activities of west-country M.P.s; and County Commentary provides a platform for prominent west-country journalists to speak on local topics of their own choice, to give us in fact a leading article over the air. 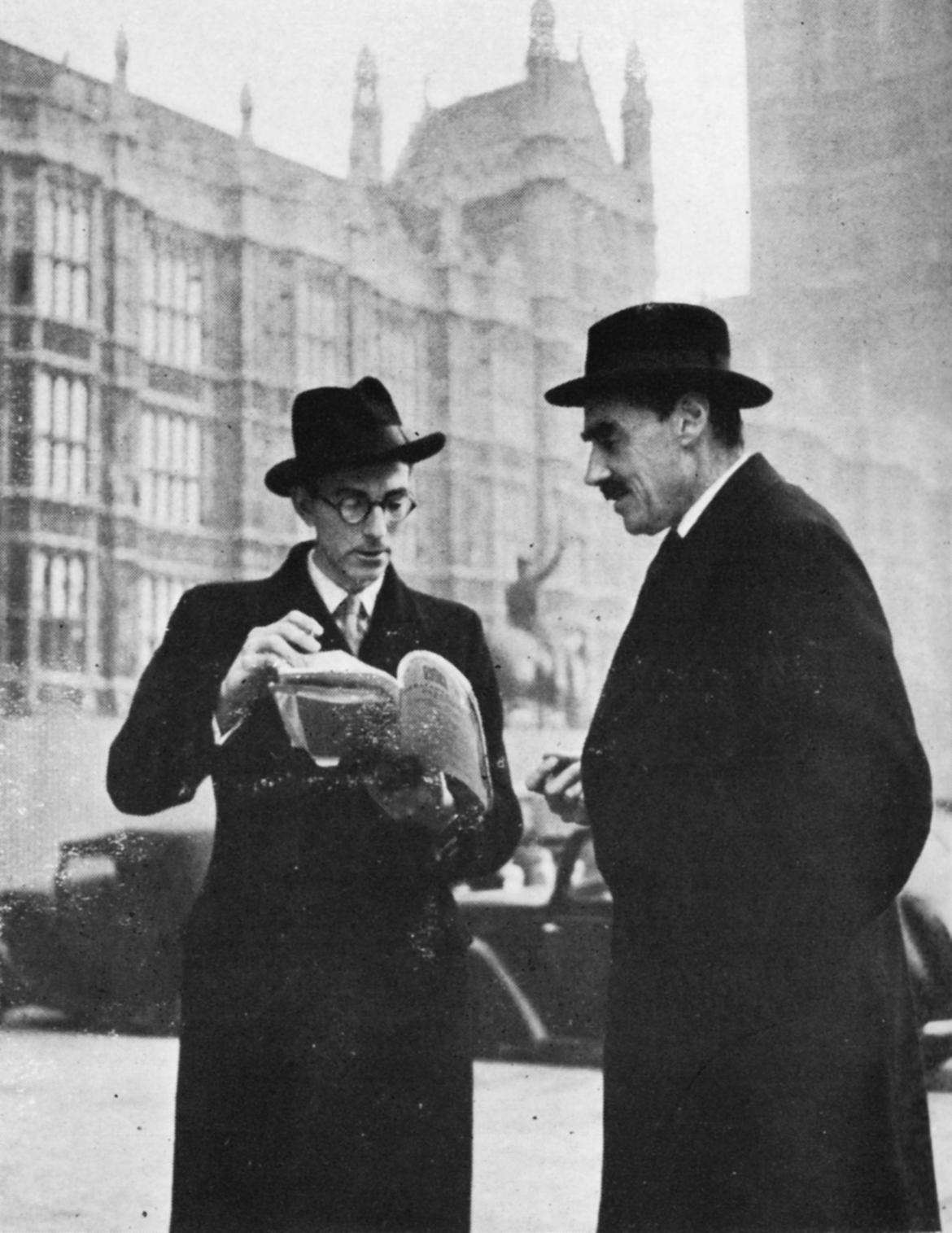 L.K. WAY of the ‘Western Morning News’ who gives West region listeners a fortnightly review of west-country affairs and personalities in Parliament, has a word beforehand with Honiton’s M.P., Cedric Drewe.

Taken together, this group of programmes is something quite revolutionary in our public life. It is not entirely fanciful to say that not since Wessex ceased to be a kingdom—which is going back more than somewhat — has the West had the means of forming any unified opinion about its own affairs. In this field regional broadcasting fills the gap between the national press and the local press and should bring greater vitality to both. On many issues the west-countryman’s point of view is different from the Londoner’s or the Scotsman’s. It is the province of regional broadcasting to reflect that distinctiveness and make it articulate — a fact that Parliament recognized when it called for the establishment of a Regional Advisory Council to ensure a ‘close touch with movements of thought and opinion’ in the region. 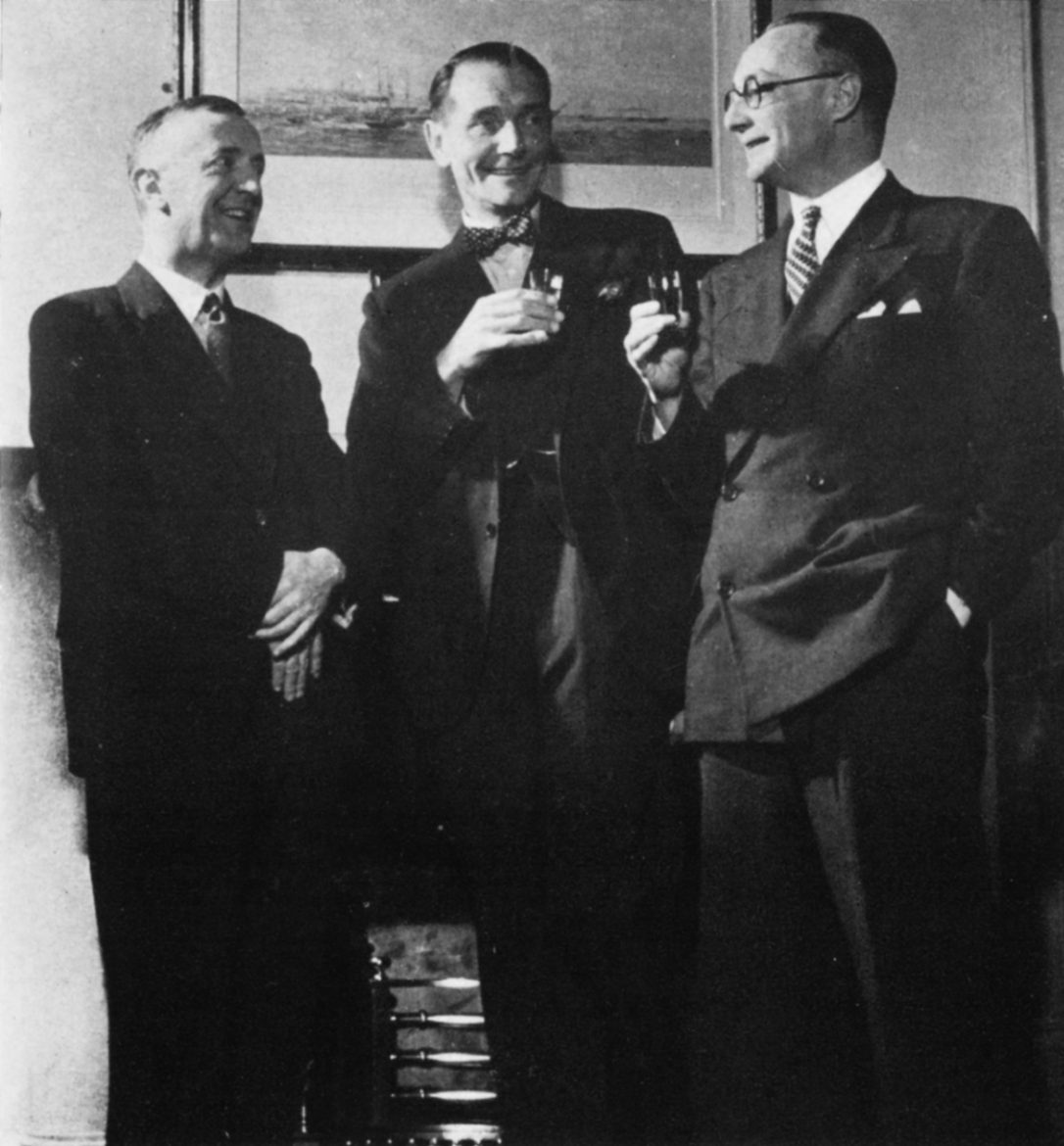