The wavelengths available for British broadcasting are allotted by international agreement. A region is as big as the range of its transmitters. Its boundaries are mainly dictated by the ability of listeners within the area to receive its signals at all times in good strength and with proper definition and quality. 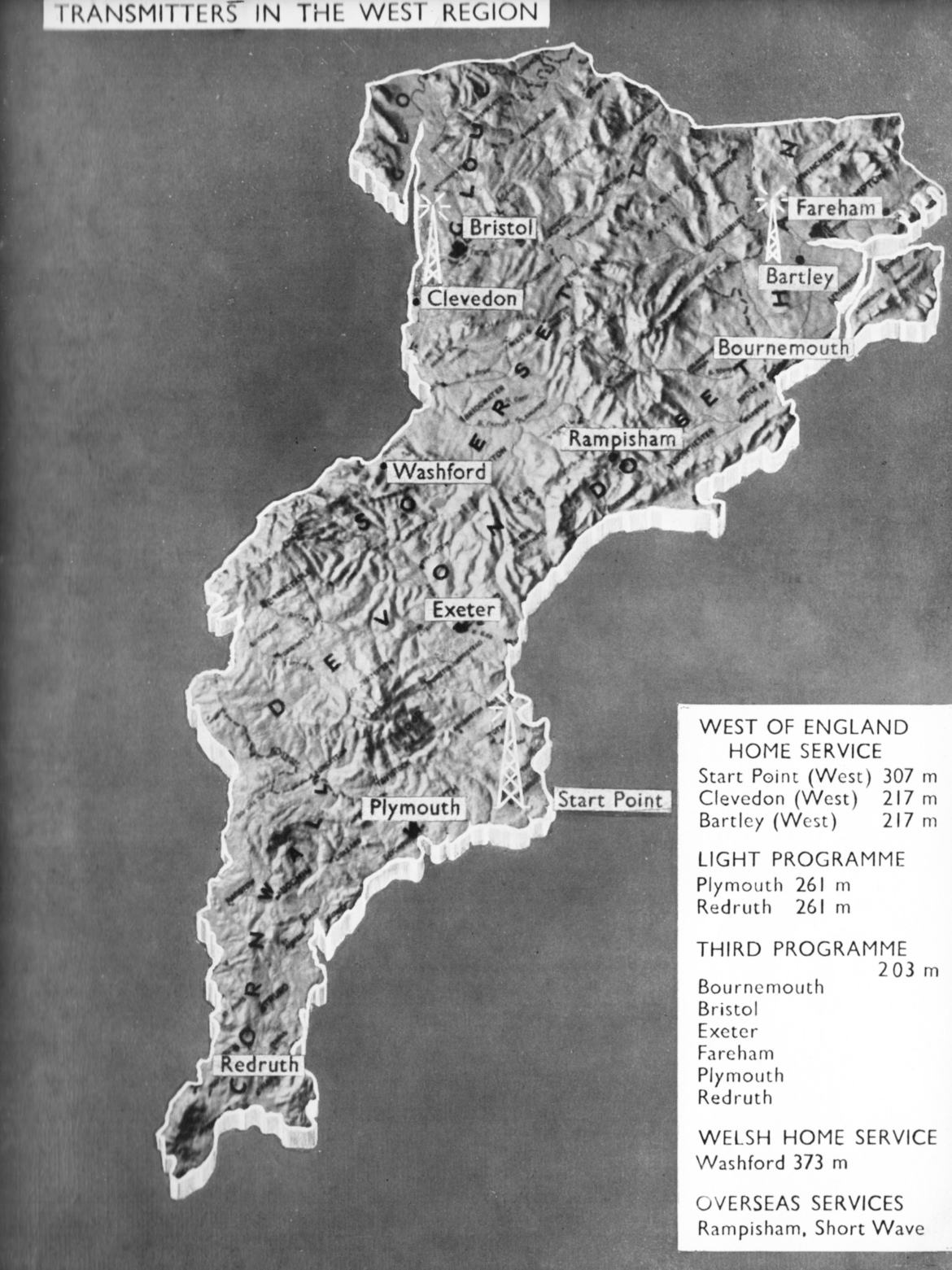 Acknowledgments are due to the following for permission to reproduce photographs : —

The West-country Listener Speaks His Mind