What then goes into regional broadcasting? What is there in it that has any special interest for west-country folk? First of all, there is the reflection of day-to-day life. The London news bulletins tell us what is happening on the national scale, at home and abroad. A treaty signed. A change in coupon values. New wage-scales for railwaymen. Things like that — equally interesting to Scotsman, Englishman, or Welshman. But that is not all the news we want to hear. Events in our own city or island or county — housing plans, local sports results, an industrial exhibition opening, council elections — these are important to those whose lives are connected with them. And so every evening, except Sundays, the West comes on the air with a regional news bulletin.

Throughout the day the Bristol News Room has been receiving reports contributed by some of the 130 correspondents who ‘cover’ the region. An average day will bring in about fifty items, of which anything up to twenty may be used. The news editor selects, condenses, decides which items have the greatest importance or public interest, and drafts the bulletin in its final form. In the studio the news reader runs through it and checks its length for precise timing. A last-minute item is slipped into place hurriedly and, as London signs off with the words ‘That is the end of the General News’, Bristol takes over with the familiar opening words ‘And here is tonight’s news from the West Country’.

The network of correspondents provides the basis of the day’s news. Their reports on what is happening in their home districts build up the general picture of the day’s events. But the modern listener wants something more than a factual bulletin. He wants interviews, eye-witness descriptions, expert commentaries. This means two kinds of supplement to the straightforward bulletin: the prepared talk by someone well informed on a current topic, and the use of recordings made ‘on the spot’. 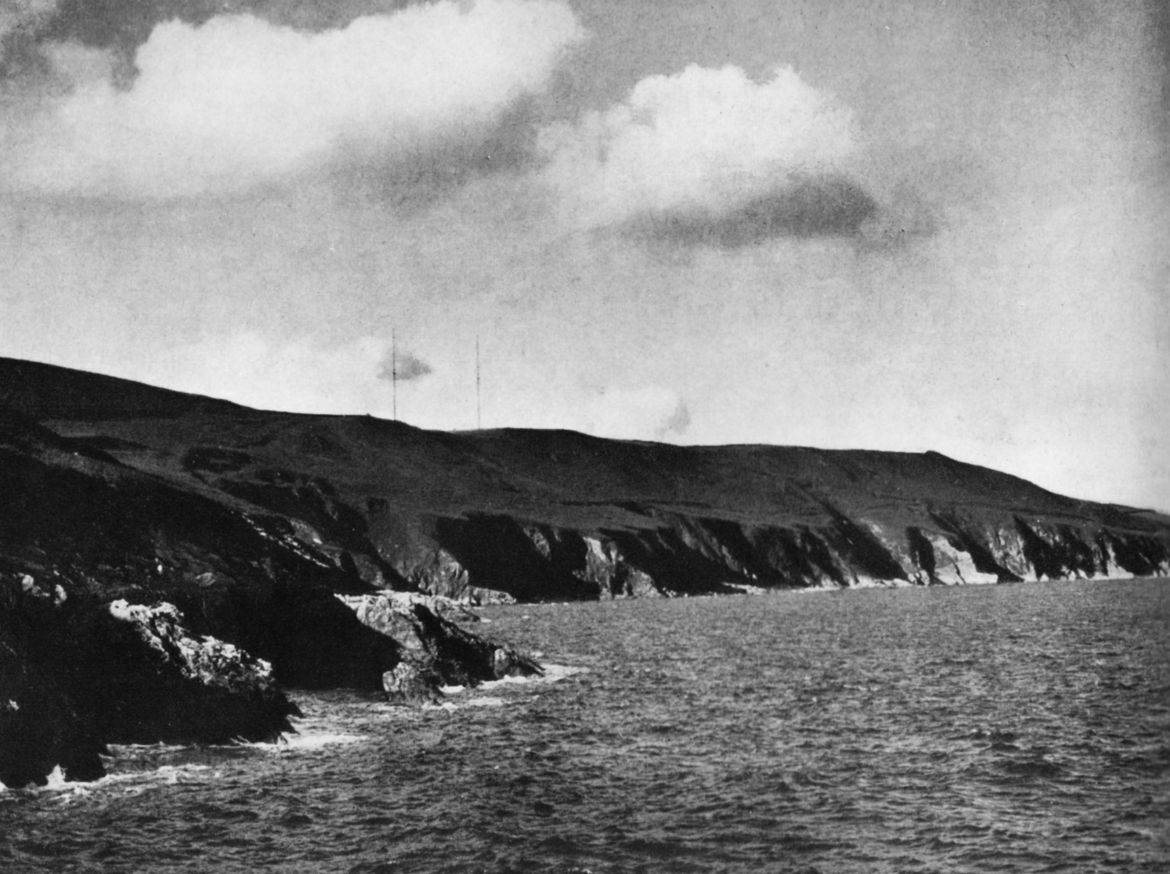 START POINT – Heard from the Scillies to Dover and far inland – West Region’s main transmitter, on the Devon coast near Start Point.

The prepared talk — the News Talk, in other words — is a regular adjunct to the bulletins, and the speakers include art critics, sports journalists, farming authorities, BBC commentators—men and women of distinction in every field with something to say on a topic that’s in the news. Taken together, the bulletins and news talks give the listener a broad, comprehensive picture of what’s going on in the public life of the West. The world of sport is dealt with similarly in a Saturday review of the day’s events and in an advance talk on Friday evenings. 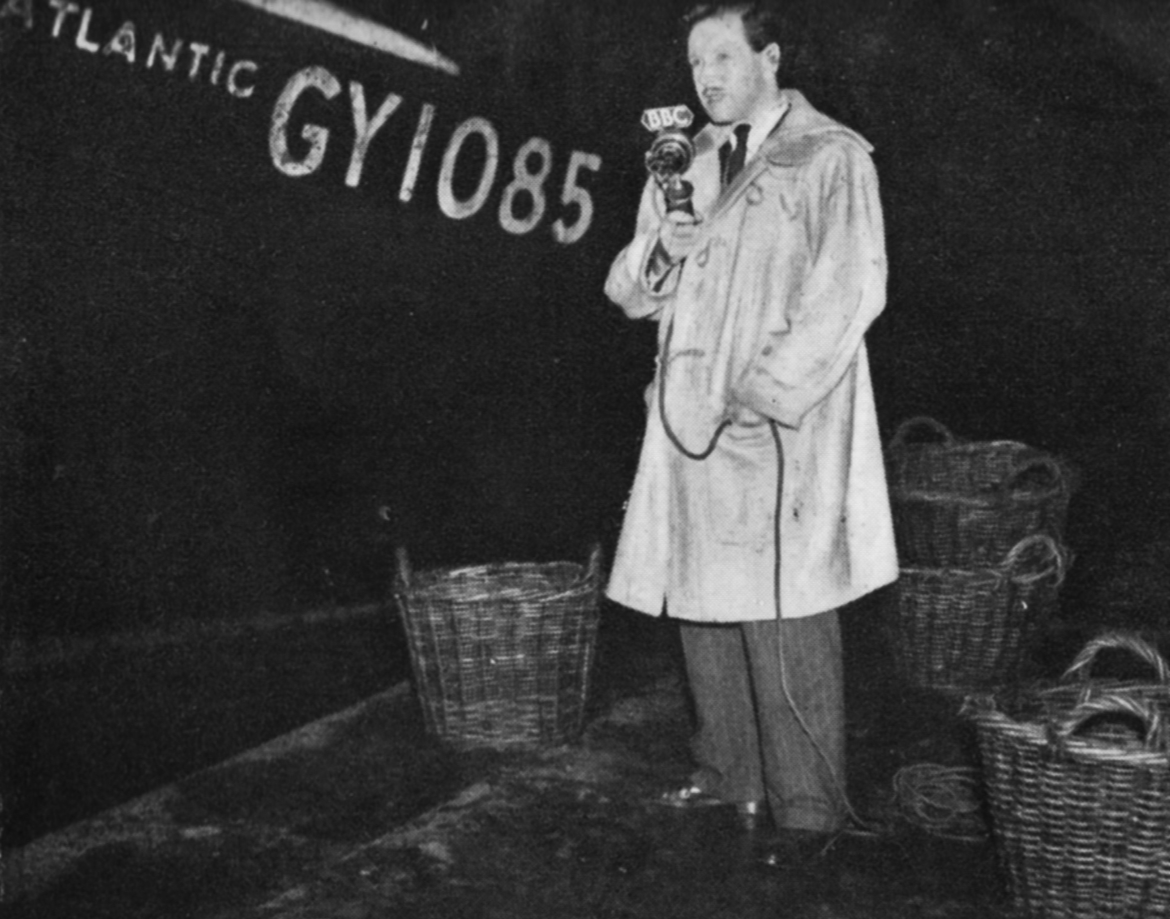 Recordings are used to give personality, animation, colour, and graphic reality to the studio broadcasts. The BBC’s recording cars — a familiar sight in hundreds of west-country villages and towns — can truly be called ‘the ears of the listener’. Through them he hears the voice of a statesman at a banquet in Southampton, the bustle and excitement of Bampton Pony Fair, the conversation of a Wiltshire shepherd, the roar of a new engine on test in an aircraft factory, the street scenes at Helston during the Furry Dance, sounds which give the feeling of ‘being there’, sounds which tell us what it was really like. These ‘on-the-spot’ recordings are the pictures, the illustrations, of radio. Though used in many programmes outside the news field, they are heard chiefly in The Week in the West and as ‘inserts’ in the daily news. 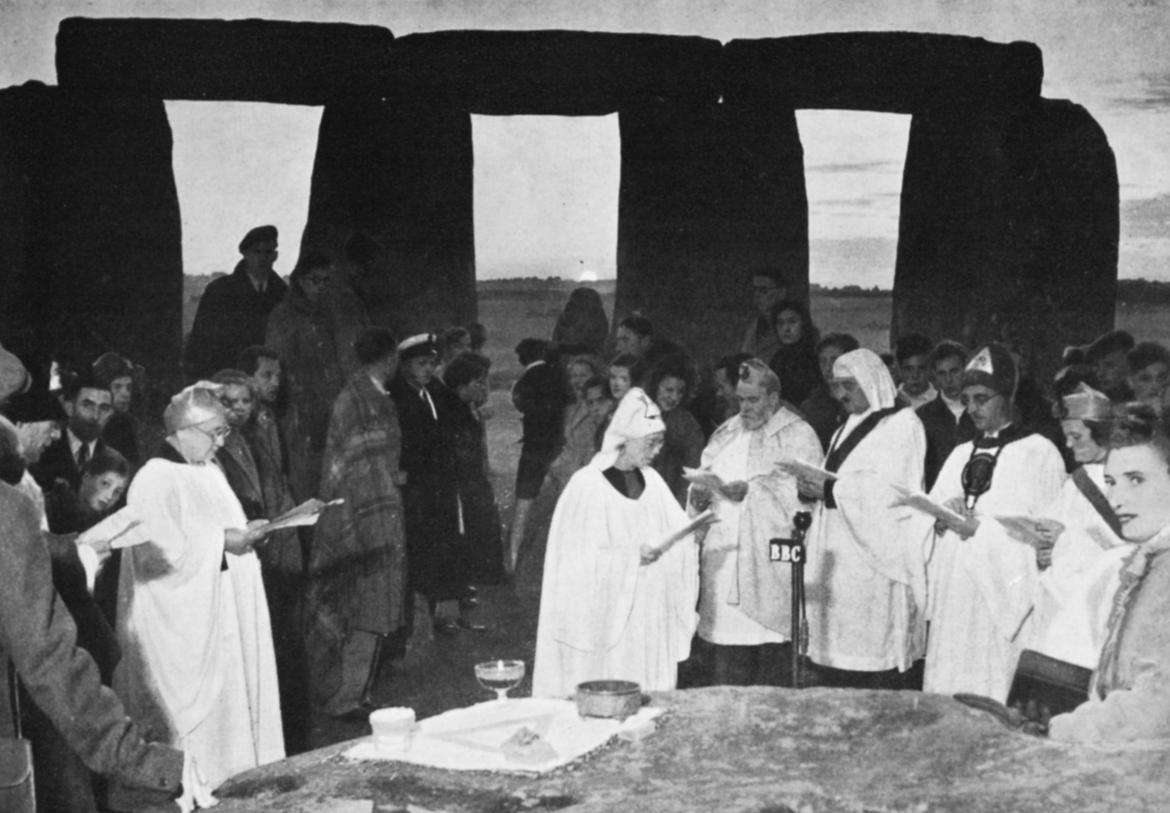 ‘UP IN THE MORNING EARLY’ – Through the night a West Region recording-car drives to Stonehenge to be there in time to greet the dawn – and the Druids.

SPORT IN THE WEST

‘This is the West of England Home Service…’