For a straightforward Outside Broadcast — say, a service from Salisbury Cathedral or a concert by the Bournemouth Municipal Orchestra — the O.B. engineers set up a local control-point which is linked to Bristol or Plymouth by Post Office land-line. In other words, they convert church or hall into a temporary studio. Where several microphones are used their intake is ‘mixed’ by the engineers on the spot, and the result is ‘piped up the line’. 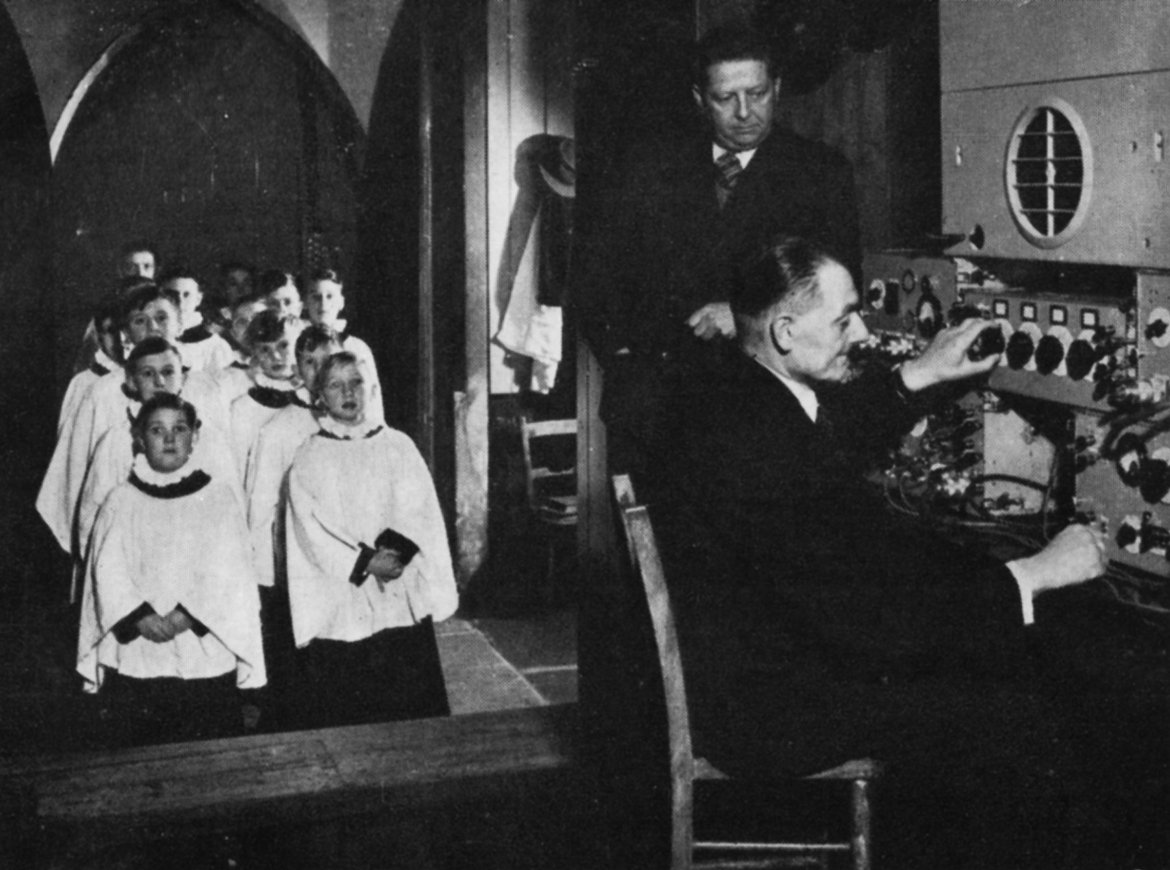 ‘FROM A CHURCH IN THE WEST COUNTRY’ – Five hundredweight of O.B. gear is assembled in the vestry.

But there are times when this arrangement will not do. There are no Post Office lines to link up with aeroplanes or ships. There are no telephone lines at all, or only inadequate ones, to the more inaccessible islands such as Alderney and Lundy. And how do you broadcast from the back of a moving elephant, or from a rowing-boat on the Severn with the Bore approaching? — to quote two strange items which have been heard in the West of England programmes. 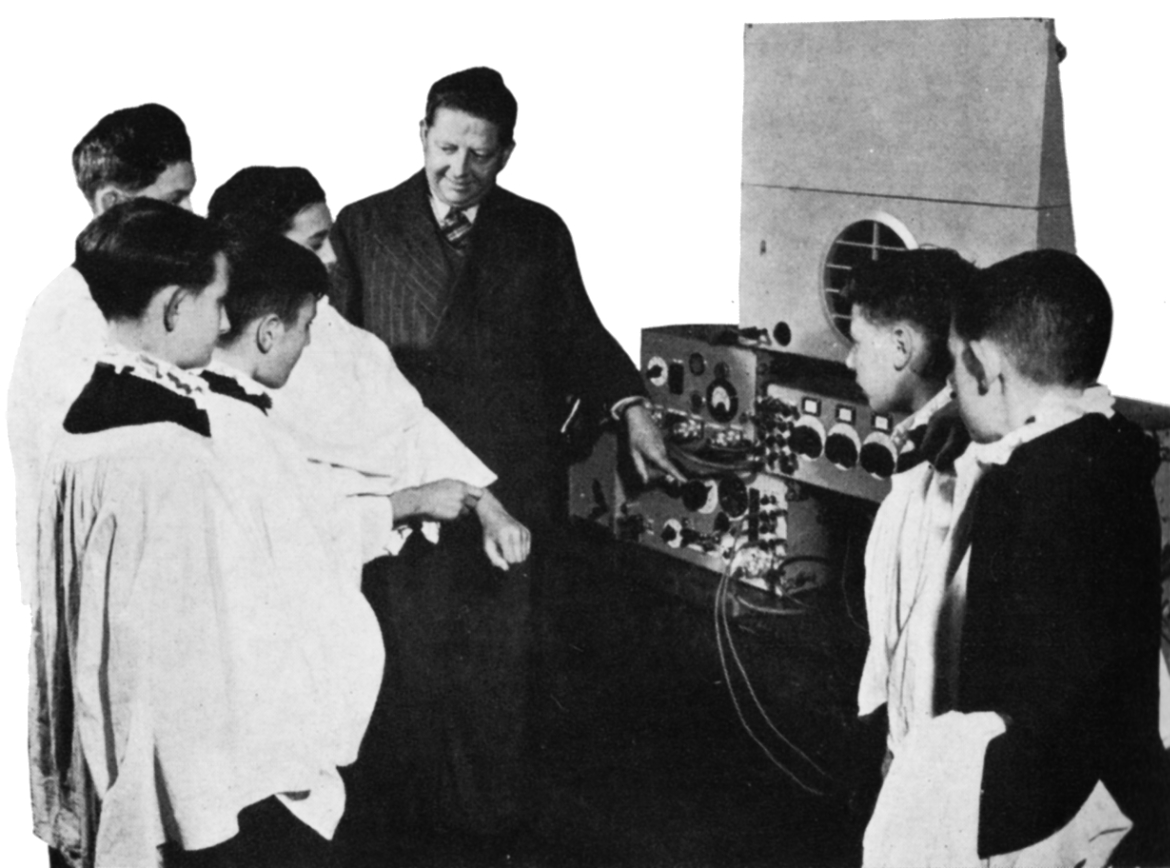 THE SERVICE HAS JUST ENDED – the red light goes out – broadcast over. Church off the air. Time now for questions.

The best solution of that sort of problem is to use a portable radio transmitter, working on ultra short waves. With these transmitters, Jersey, Guernsey, Alderney, Sark, and Herm can easily be linked together—the signals from each island being concentrated on a single control point in Guernsey, and relayed thence to Bristol. Links from ship to shore, from aeroplane and elephant’s howdah work in the same way.

‘THAT’S THE TEAM, AND NOW FOR OUR FIRST QUESTION’ – Freddy Grisewood opens a session of ‘Any Questions.’ Lewis Hastings, Lady Biolet Bonham-Carter, Ralph Wightman, and St. John Ervine, listen carefully as Taunton’s first question is put at the microphone.

By this variety of means the BBC reports, reproduces, and explains the day-to-day events and activities of the West Region. Thanks to it we know, as we never knew before, what is happening in our part of the country; and we have a share in it all, as fireside spectators. The first duty of regional broadcasting is to put on the air the life of the region when and where it takes shape and has value. 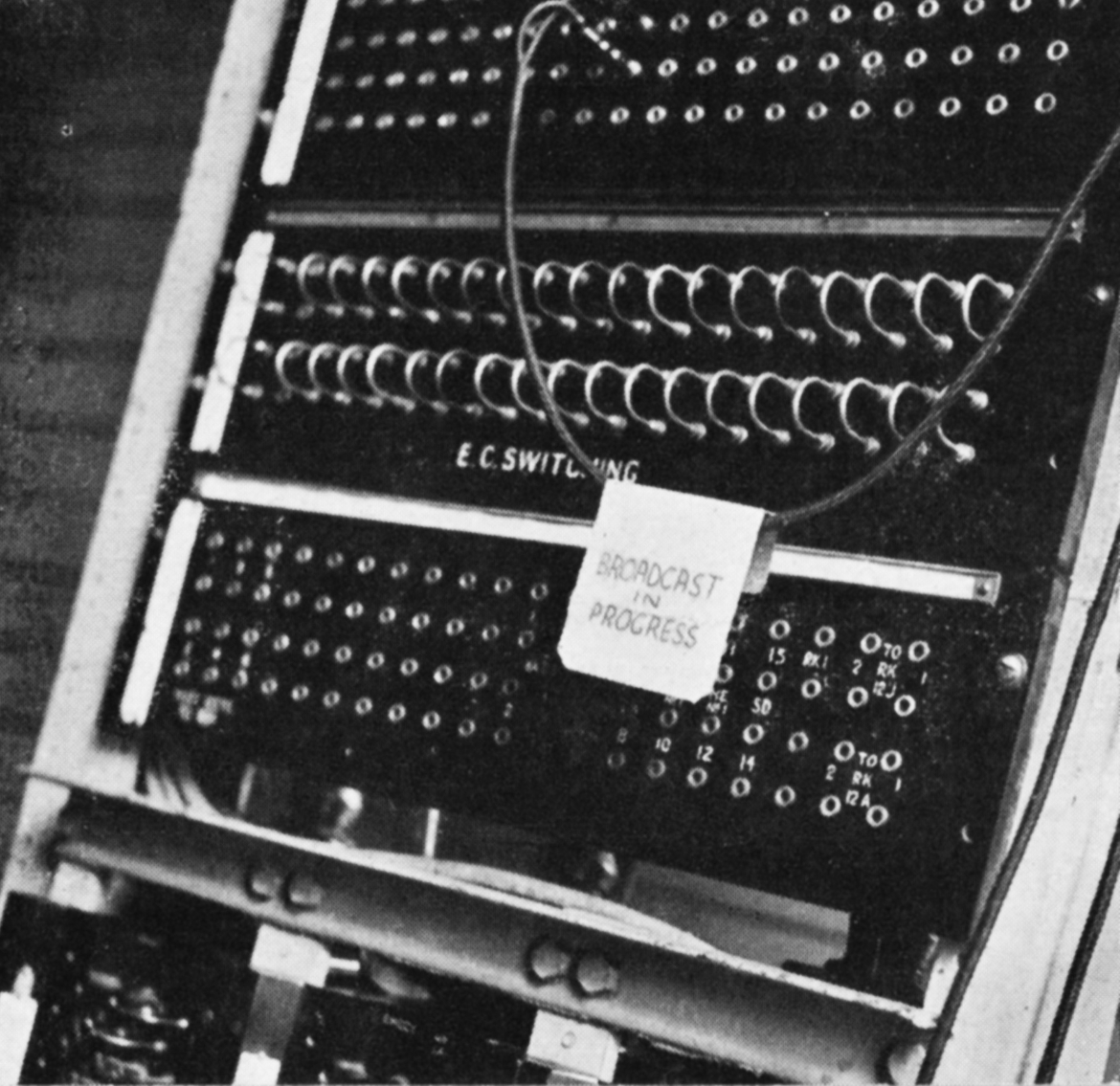 ‘BROADCASTS IN PROGRESS’ – Post Office engineers play a vital part in outside broadcasts. Every link in the network of land-lines must be checked and controlled.