‘This is the West of England Home Service…’

‘This is the West of England Home Service.’ Three voices, familiar to listeners in the Forest of Dean and the Channel Islands, in Penzance and Swindon, in Weymouth and Southampton. Daily the three announcers of the BBC’s West Region — Hugh Shirreff, Elsie Otley, and Douglas Vaughan — identify over the air the programmes which originate in the west country. Concerts, plays, and features, talks, news bulletins, church services, broadcasts from farm and factory and village hall, programmes for children: a complete radio service in miniature, reflecting the life of seven English counties and the bailiwicks of Jersey and Guernsey.

‘This is the West of England Home Service.’ 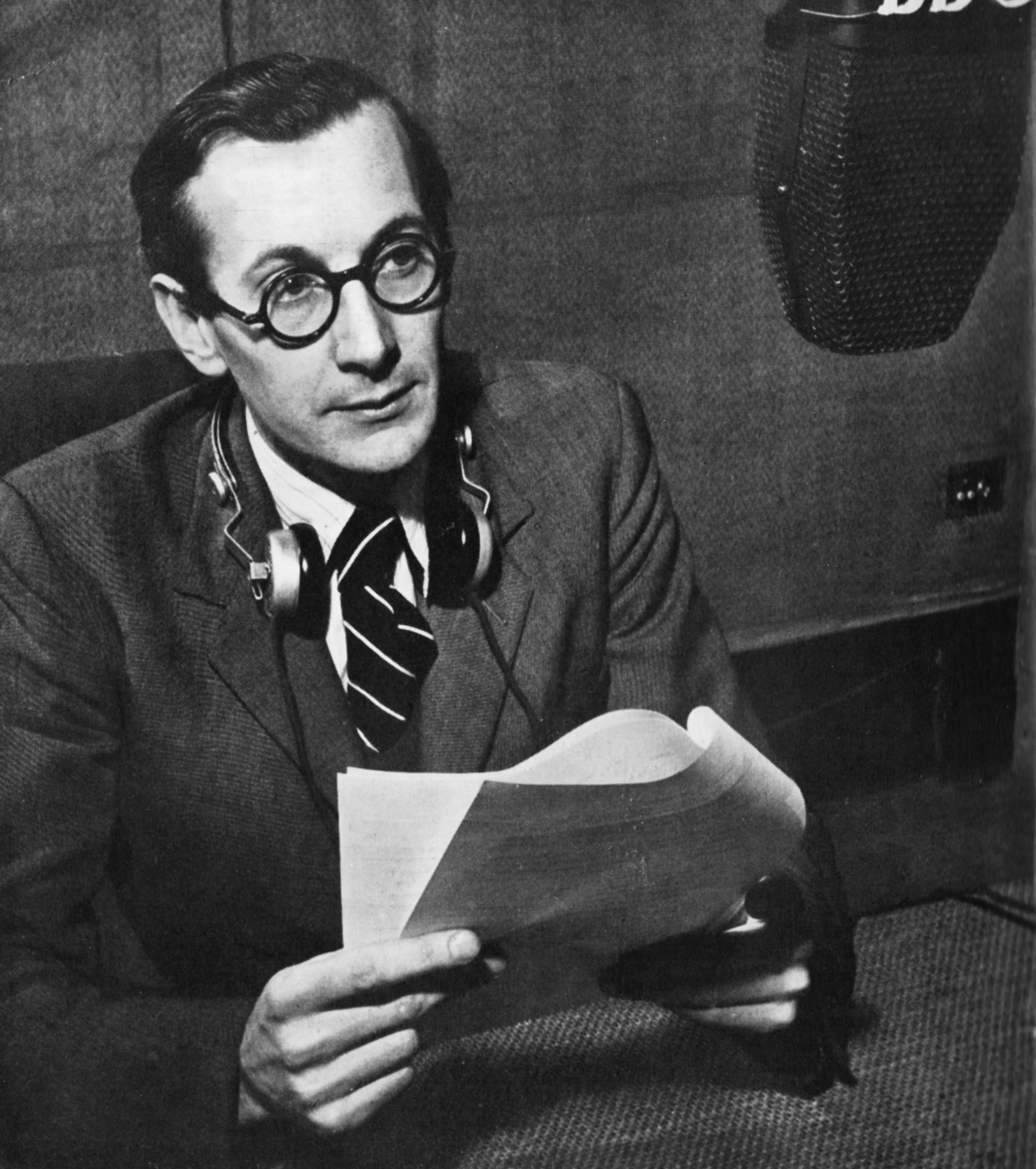 ‘THIS IS THE WEST OF ENGLAND HOME SERVICE’ – Douglas Vaughan launches a West Region programme on the air.

But what exactly, from the listener’s point of view, do those words mean? What have they got to do with the London programme and the other Regions, with the Light Programme and the Third? Which broadcasts are ‘regional’ and what is the point of them? The answer given by West Region’s Controller, Gerald Beadle, is that the regional contribution is ‘one thread in the whole pattern of British broadcasting’. A thread which adds distinctive colour and emphasis, is insufficient to stand by itself, but gives richness and variety to the whole.

How then is the pattern made up, and where do the several threads fit in? British broadcasting starts as a national service. London, as the capital and cultural focus of the country, originates a continuous service of programmes intended to have a nation-wide appeal, to be as intelligible and pleasing to Yorkshiremen and Cornish-men as to Highlanders or men of Kent. Saturday Night Theatre and Twenty Questions and ITMA are designed for all listeners who have in common the simple fact of being British (or, wider still, of understanding the English language). This London programme is fed out to a network of Home Service transmitters throughout the United Kingdom. With its allied Services, the Light and the Third, it is the staple of Home listening.

But it is not enough to satisfy all our needs. Few people are content to be undifferentiated ‘British’ all the time. We each have our national interests and our local interests. We want sometimes to be Scotsmen and Welshmen and north-countrymen. Even if we look a bit standardized it is no use pretending that a ‘Geordie’, a Cornishman, and a ‘Norfolk dumpling’ have identical ideas and hobbies and interests. 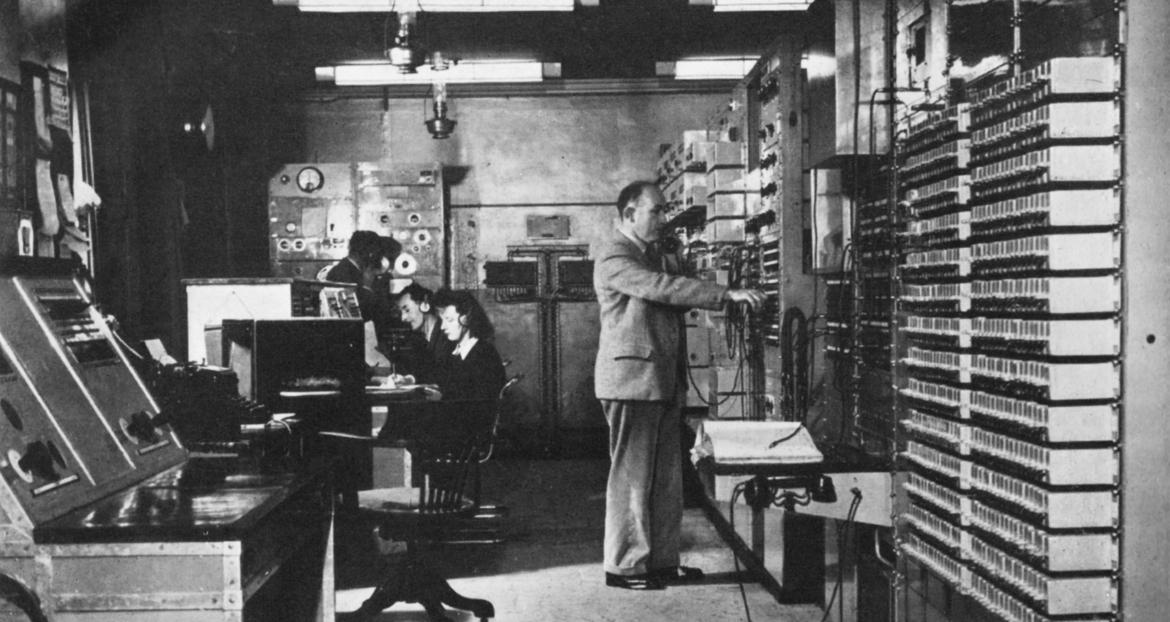 ‘GIVE US SOME TONE, SOUTHAMPTON’ – Testing lines with outside broadcast engineers in the region. Hour by hour Bristol Control Room feeds out programmes to the transmitters. 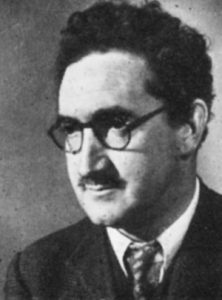 As the ‘national’ programme spreads out from London, therefore, it is modified and adapted to local audiences. The thread of regional broadcasting is woven into the final pattern. In each region the programme planners discard those items in the national service which are of least value locally and replace them with regional material. If they plan well, they offer their listeners a blend of national and local interest—neither insipidly cosmopolitan nor narrowly parochial.

And so through the day the Control Room engineers switch to and fro, from the London ‘pipe-line’ to local studios in Bristol or Plymouth, or to outside points where West Region engineers have set up temporary microphones. The transmitters at Start Point and Clevedon and Bartley take up the result and spread it from Portsmouth to the Scillies. And what comes out of your radio when you tune to 307 or 217 is the West of England Home Service, addressed to you as a Briton and a westcountryman — as both.